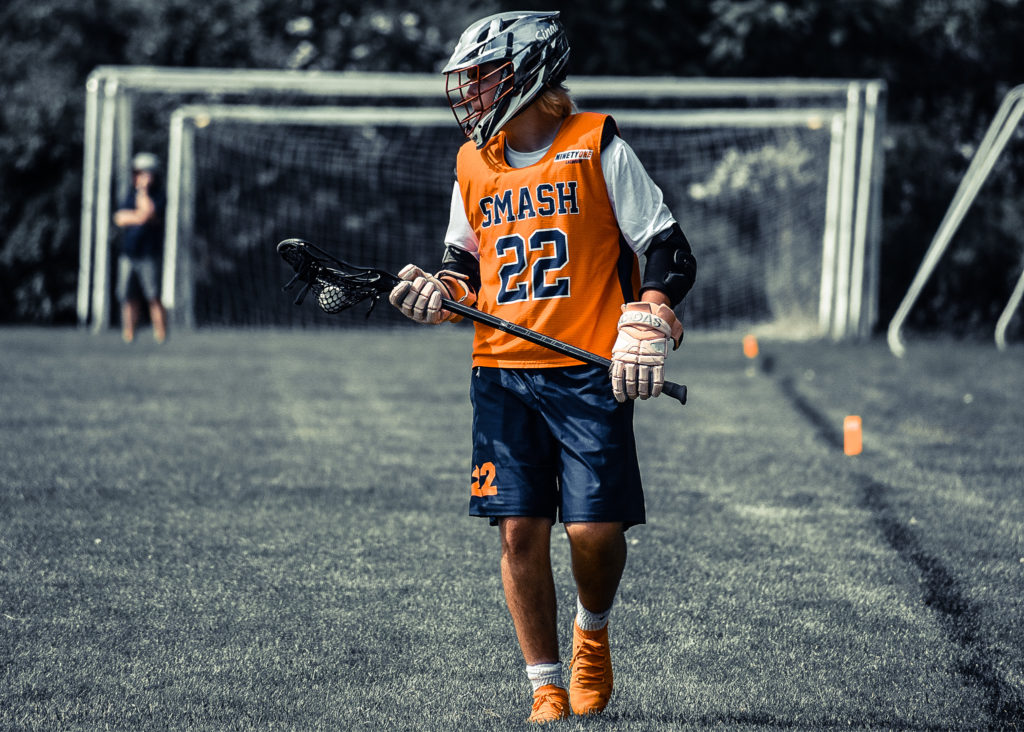 Joey Spallina is keenly aware of the massive target on his back that he’ll wear at least until his club lacrosse days with Team 91 2022 Smash are over.

Things are a little different for Spallina now after being the youngest guy on the Team 91 2020 Crush for more than a decade. Playing up two years helped refine his game, particularly as he worked primarily off the ball while playing alongside the NLF’s No. 1 and No. 2 2020s in Brennan O’Neill (St. Anthony’s, N.Y. / Duke) and Xavier Arline (Shoreham-Wading River, N.Y. / Navy football).

For the bulk of his club career, Spallina has been a valuable cog in the Crush machine, but now that he’s playing exclusively against players in the ’22 class, he’s the unquestioned leader of the offense, and it’s helped him continue to cement his status as the country’s top ’22.

“When teams were going against Crush, they couldn’t just game plan for Brennan or (NLF No. 1 ’21 Andrew) McAdorey, but now, teams game plan for me,” Spallina said. “I’m getting a 2 slide, a 3 slide, guys showing from everywhere. The biggest adjustment I’ve had is that I’m getting the best defender’s best effort every time. I think I do have a target on my back, and I freaking love it. I just love to compete. I love that the guy going against me hates me and wants to beat me so bad.”

As it turns out, it’s nearly impossible to keep Spallina in check. You’re not going to hold him off the scoresheet, so you’d better hope he only hits you for three or four points instead of seven or eight. As a freshman, he put up a ridiculous 65-goal, 66-assist season after bagging 84 points as an eighth grader, becoming the first freshman to be named a U.S. Lacrosse All-American and win Suffolk County Attackman of the Year honors. He’s deadly around the crease and he can pick corners when he stretches out, and Spallina also does a great job of drawing a double team and finding the open guy on the backside for an easy goal.

“The guys on my team are pretty damn good, so that helps a lot,” Spallina said. “Now, I’m just trying to evolve my game and be able to pick any spot to score. I’ve probably worked on my shooting more lately than I have in years because I have nothing else to do (with the COVID-19 pandemic), so I’m outside for two or three hours at a time, working on my game. I’m definitely looking to go on a revenge tour with this team and for us to get a crack at winning the NLF national championships would be amazing.”

Spallina continues his reign atop the NLF class of 2022 rankings, which began with a top 30 in September and now expands to a top 60. Players must play for an NLF club or at an NLF event in order to be considered for the rankings, which are done in conjunction with club coaches, college coaches and other sources. The top 5 prospects stay the same as they were in the original rankings, with the Long Island Express tandem of No. 2 Joey Terenzi (Manhasset, N.Y.) and No. 4 Charles Balsamo (Chaminade, N.Y.) and the Prime Time and Brunswick (Conn.) duo of No. 3 Henry Caponiti and No. 5 Charlie Johnson reprising their roles.

*Comments asking about why a certain player isn’t ranked high enough are fine. Comments disparaging any players for any reason are absolutely not fine and will be immediately deleted. “Why is Joe Smith not ranked?” is OK. “Why is Tom Simpson ranked over Joe Smith when Tom Simpson is the worst player in the history of lacrosse?” is not.