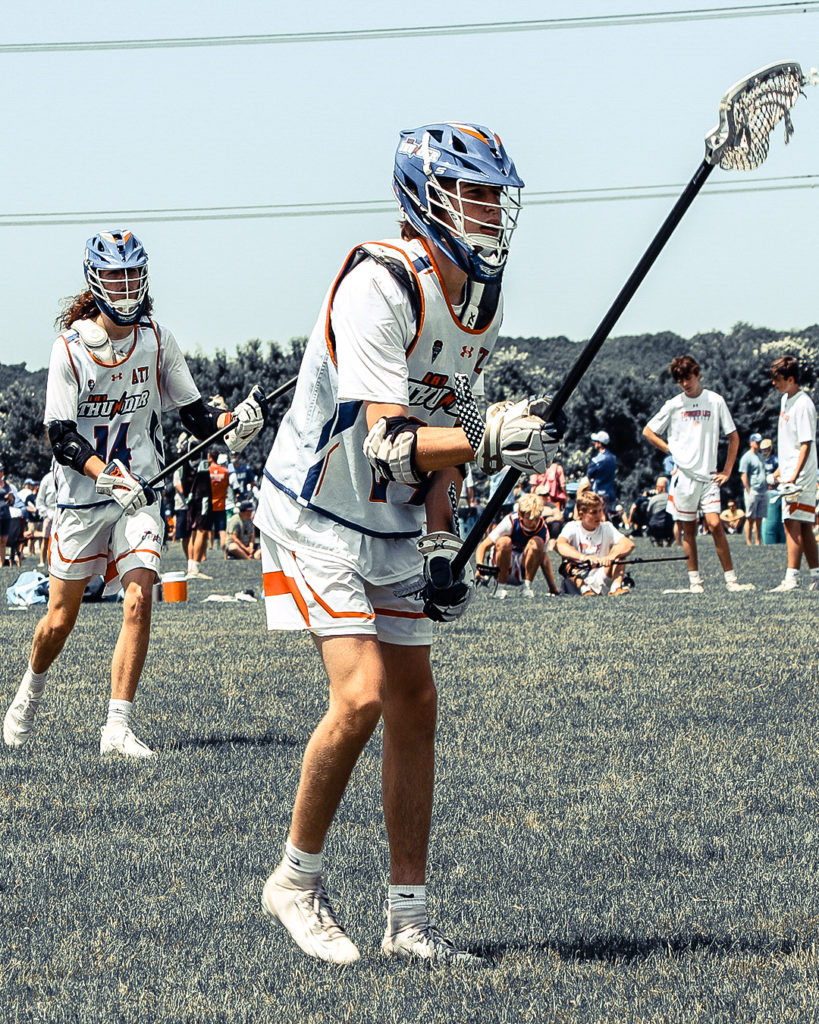 “Defensively, once he gets his hands on you, it’s over,” Thunder LB3 coach Andy Pons said. “Kids just love playing with him, too.”

Quinn Fitzsimmons, defense, McCallie (Tenn.) (Highlights)
It shouldn’t take you very long to find Fitzsimmons. Look for the 6-5, 210-pound first-off-the-bus type and you’ve got him. Fitzsimmons is tall and strong, very athletic and excellent off the ground, and he’s an elite student, too.

Mason Morel, goalie, Centennial (Ga.) (Highlights)
Another high-academic type, Morel relies on his quickness and fast hands to get to shots. He’s a solid stopper who also does a good job in the clearing game.

Lee Butler, attack, Walton (Ga.) (Highlights)
A big righty at 6-2 or so, Butler doesn’t need directions to get to the net and make an impact. He’s at his best as a shooter with a hard, heavy shot, and he’s got the frame to be physical inside and get to the rack.

Ethan Landry, defense, Cambridge (Ga.) (Highlights)
You wouldn’t expect a 6-3, 170-pound defenseman to move as well as Landry does, but he runs very well and does an excellent job off the ground. He also offers the versatility to play either LSM or close defense because he can cover so much ground while also staying physical.

Davis Peek, defense, Buford (Ga.)
There might not be a better sports school in Georgia than Buford, and if you’re starting on the football team there, you’re likely a collegiate prospect. That means that Peek should have offers to play both sports in college, because on the lacrosse the field, the linebacker is a 6-2, 200-pound defenseman with the requisite physicality and nastiness and great footwork.

Denton Shamburger, defense, Westminster (Ga.) (Highlights)
Shamburger comes from a highly-athletic family, with his cousin, Raines, playing at Duke and his uncle having played quarterback at Georgia Tech. Shamburger is also Westminster’s starting quarterback, and that sense of awareness and intelligence carries over to his lacrosse game. He’s seemingly always in the right position to make a play.

Wilson Van Buren, faceoff midfield, Blessed Trinity Catholic (Ga.) (Highlights) NLF No. 24 ’22
Van Buren has outstanding hand speed to win most clamps, but he’s also a bulldog who can wear down his opponent with his tenacity and work ethic. A technician who uses his wings well, he makes smart decisions with the ball in his stick on the fast break.