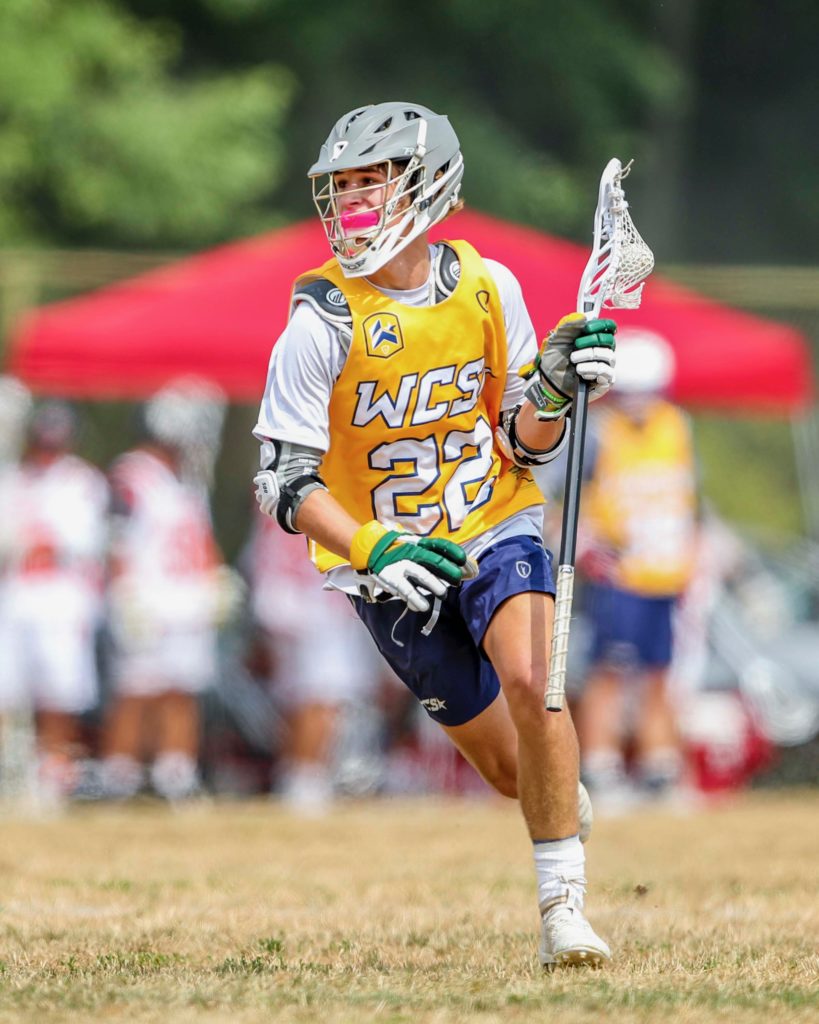 Griffin Crawford, attack, Torrey Pines (Calif.) (Highlights)
It’s hard to imagine that Crawford will be uncommitted for long. 6-2, 175-pounders with his athleticism and a 3.8 GPA tend to find homes sooner rather than later, particularly he posted a great fall. A top-level athlete with the versatility to play midfield and attack, he’s fully recovered from a torn ACL and ready to dominate again.

Logan Gutzweiler, midfield, Torrey Pines (Calif.)
If you’re looking for an elite glue guy, you’ve come to the right place. Gutzweiler, who’s also a good running back and defensive back, is a plus-athlete who thrives as a defensive midfielder. He’s not the biggest, but he’s scrappy and speedy and gives teams hell between the lines.

Tayden Bultman, midfield, Torrey Pines (Calif.) (Highlights) NLF No. 19 ’22
Bultman will miss the event while still recovering from a torn ACL, but he’s due back soon, and he’s the most prototypical collegiate prospect on the team. A big, strapping midfielder who can get up and down the field with ease, he can sling it with either hand while also being a better-than-average distributor.

Hugh Conrad, goalie, De La Salle (Calif.) (Highlights) NLF No. 31 ’22
Conrad makes up for his lack of prototypical size with incredibly quick hands that allow him a chance to stop any shot sent his way. A good communicator, he’s very agile and quick on his feet, too, and loves to get outside the cage to start the clear.

Griffin Grant, attack, Torrey Pines (Calif.)
You’re not going to believe this, but Torrey Pines has a jumbo athlete who can fill the net up in a hurry. Yes, again. At 6-3 with a Canadian skill set, it doesn’t take long to notice Grant and his bag of tricks. Also a good wide receiver, he can make you look silly either lefty or righty.

Charlie Iler, midfield, San Ramon Valley (Calif.) (Highlights) NLF No. 42 ’22
An athletic midfielder who makes plays both offensively and defensively, Iler has the shiftiness and quickness to turn any matchup into a mismatch, and he’s got the ability to shoot with either hand. He does a good job of leveraging his body to get inside, and he’s able to stretch out a defense with his outside shooting with either hand.

Max Sloat, attack, Sacred Heart Prep (Calif.) (Highlights) NLF No. 52 ’22
A well-rounded lefty, Sloat has the size and strength to get inside with relative ease, but what makes him special is his ability to dodge, initiate and finish.